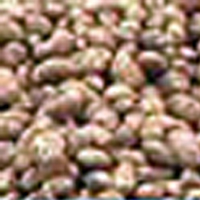 The plans for the implementation of food security most countries have defined the nomenclature of strategically important crops, among which the potato always occupies one of the leading positions (Devaux and Ortiz, 2014; FAO, 2018). A need for significant financial investments, significant labor costs in the cultivation and harvesting especially on heavy wetlands limit the production of this crop in a number of soil and climatic zones (Abhilash et al., 2016). At the same time, the use of even the most advanced technologies and methods of storage does not guarantee the safety of the crop if the quality of the stored products does not meet agricultural requirements (Ebrahem et al., 2011). Among the agrotechnical indicators, the most important are the presence of soil impurities and damaged tubers in the similar heap which inevitably leads to the loss of a significant part of the crop if the agrobiological background is unfavorable (Agu et al., 2015; Khamaletdinov et al., 2018). This state of affairs is largely due to the fact that in modern potato harvesters the main way to separate potato tubers from impurities is the separation of potato heap on bar elevators in thickness after the preliminary destruction of soil lumps to pass sizes (Bishop and Monder, 1983; Gao et al., 2010; Klindtworth and Sonnen, 2014; Fomin, 2018). In this case, the magnitude of the external forces applied to the tuber formation is limited by the condition of damage to the tubers. However, on heavy and waterlogged soils, the impact of forces in the range of allowable values is insufficient to destroy the bulk of lumps, which leads to an increased soil content, and with an increase in the impact forces leads to injury to tubers (Mathew and Hyde, 1997; Mollah et al., 2018). Despite numerous works devoted to the development of separating bodies, the principle of work is the use of the difference in the characteristics of potato tubers and soil particles, such as hardness, specific gravity, elasticity, friction coefficients of sliding and rolling, aerodynamic properties, the ability to absorb and reflect rays and others, the task of creating devices for separating potato tubers from soil lumps commensurate with potato tubers remains unresolved (Klindtworth and Sonnen, 2014; Agu et al., 2015; Khasanov et al., 2018).

The analysis of physical and mechanical characteristics of potato heap components shows that the greatest difference of separation characteristics is observed in the rolling angles of tubers and soil lumps (Zangeneh et al., 2015; Jamroz et al., 2018).

Figure 1 shows the density distribution of the angles of rolling the tubers of potato varieties Nevsky and lumps of soil is loam type indicating the presence of minor areas of overlap of this symptom. It is no coincidence that currently the most promising for the separation of commensurate in size potato tubers and soil particles are devices that operate on the principle of an inclined finger slide. At the same time the proposed constructive solutions based on the division on this basis have a number of drawbacks.

First, the components of the heap move when separating towards each other (in the counterflow), and secondly, the adjustment parameters (angles, kinematic modes of operation, elasticity of the fingers, etc.) are determined based on the average physical and mechanical characteristics of the heap components, which does not allow these devices to ensure complete separation of root crops from soil lumps. Thus, the authors propose the design of the separator in the form of a flexible moving infinite tape in the form of a body of rotation, for example, a truncated cone, the design scheme of which is shown in the Figure 2.

Taking into account the shape and kinematics of the interacting surfaces, let’s consider the moving components of the heap in a cylindrical coordinate system ϕz. Polar radius determines the distance to the centre of mass of the components from the rotation axis of the cone Оz. The point of contact of the interacting surfaces is on the ray passing perpendicularly through the axis Оz and the centre of component mass.

The deviation of the radius from the vertical is determined by the polar angle ϕ. The movement along the axis of rotation of the cone is estimated by the coordinate z. The radial acceleration of the center of mass of the component is determined by , trasversal acceleration respectively the velocities and accelerations along the axis Oz are equal to and . The component with the mass m is affected by the following forces: gravity G=mg, the normal reaction N and the friction force fN, where f is the coefficient of friction of the component on the cone surface. After projecting all the acting forces on the cylindrical coordinate axes, taking into account the inertial component of the point mass, the system of differential equations of component motion is as follows:

where is the absolute velocity component Vк; vo is the relative circumferential velocity of the component equal to:

where ω0 is the angular velocity of rotation of the conical drum; ρ1 is the polar radius of the contact point of the component with the inner surface of the truncated cone which, taking into account the radius ρk of the component, is defined as the sum of:

To exclude the unknown normal reaction N from the system of equations, the first equation from the third equation of the system can be subtracted, previously dividing it into tga. After performing the transformation, the following formula can be obtained:

After replacing the normal reaction with (4), the system of equations of motion of the component in the rotating truncated cone takes the form

The numerical solution of the system (5) in the simulation program of imitation model allowed determining the current values of the angle φ and radius ρ for any time t or the angle of rotation of the cone ψ = ωot. The initial radius ρ = ρ0, respectively, is equal to ρ0=Rmin – ρкcosα, where Rmin is the radius of the smaller base of the truncated cone. This radius at the given values of the angle α, the radius of the greater base Rmax and the height hz of the truncated cone is:

The current coordinate z for a known radius ρ is

Figure 3A shows the lateral displacement of the heap component when moving along the inner surface of a cone rotating at an angular speed ω = 6 с–1, with a length of 1 meter, an angle α = 30° and a diameter of a smaller base Rmin = 0.6 м with different friction coefficients. In Figure 3B the same is given with the coefficient of friction f = 0.7 at different angular velocities of rotation of the drum.

The limit angles of lifting of these bodies (Figure 4) and the modes of motion stabilization, i.e. rolling without slippage, were determined, since the latter leads to peeling of the tubers skin. Thus, it follows from the data obtained that the action of centrifugal forces provides additional divergence of rolling angles of potato tubers and soil lumps. For single tubers and soil lumps on a flat surface, the difference in rolling angles is on average 110 and has overlap zones. In a rotating drum, this parameter can reach 36-400. It was found that the transition from static to kinetic mode, and thus the change in the values of the friction coefficients requires a certain time, i.e. there is a transition phase the effect of which on the trajectory of the separated components has not been considered. Description of the process of rolling different bodies of rotation on inclined surfaces is one of the fundamental problems of theoretical mechanics. Many other scientists were engaged in the development of the bases of this problem solution. However, despite this fact analytical descriptions were obtained only for particular simplified cases. Particular solutions close to real ones can be obtained only by computer implementations of numerical models. Based on the analysis of the proposed methods of solving such problems it is believed that the most effective one is the use of virtual modelling environment for this case (Bishop and Monder, 1983).

With that, the change in the speed of the drum on the trajectory of the potato affects slightly, in contrast to the soil lumps which oscillate, rising and rolls with a higher frequency and amplitude. If the components are removed from the separating surface in the first quarter of the oscillation, the intersection of trajectories can be avoided. The difference in the elevation angles of soil lumps and tubers can be used as a dividing sign and the possibility of separating tubers from soil lumps in unidirectional flows can be considered, which is consistent with the results of Sibirev et al. (2019). The analysis allowed drawing a conclusion about the need to find constructive-kinematic parameters at which the trajectories of the moving components of the heap do not overlap and the difference of deviations on the X-axis at the descent was minimal.

The results obtained are fully consistent with the results of other scholars who studied similar processes in the harvesting of fodder beet (Mathew and Hyde, 1997; Gao et al., 2010; Chakwizira et al., 2018; Malcolm et al., 2019).

The validity of the results obtained on virtual models was tested on the experimental setup, the scheme of which is shown in Figure 7. The proposed device contains a separating surface made in the form of a flexible infinite tape in the form of a body of rotation, for example, a truncated cone drum 1, the inner side of which is provided with elastic fingers 2. The smaller base of the cone drum 1 is fixed to the cylindrical rim 3 rotating on the guide rollers 4 by means of the drive 5. Along the side surface of the drum 1 on the frame 6, support rollers 7 are installed. In the lower part of the frame 6, a deforming roller 8 is placed capable of moving in longitudinal and transverse directions and changing the angle of inclination, and also providing the creation on the inner side of the separating surface in the course of rotation of the convexity of variable height increasing to the lower base of the drum 1. Frame 6 is made with the ability to change the angle of inclination relative to the horizon. Supply of the heap is carried out by the conveyorfeeder 9.

The proposed friction separator in the form of a truncated cone separator is a new patent-protected promising class of devices for the separation of root crops from the soil. It provides the possibility of separating similar in size characteristics of soil lumps from potato tubers in a unidirectional flow through a complex of physical and mechanical parameters. The use of software systems of virtual modelling, in particular MSC ADAMS, in combination with simulation, allows you to develop and select parameters in the online mode with a significant reduction in the time to find new solutions and optimize the design and technological parameters of the designed devices. Based on the yield of 250 kg/ha and the performance of a single-row harvester 0.25...0.35 ha/h the inlet diameter of the drum should be at least 0.6 m, the length of the side surface is 1.2 m and the angle of inclination to the horizon is 28...35, the drum speed has a smooth control range from 6 tо 10 с–1. Installation of the proposed separator on the potato harvester will provide at least a two-fold reduction in the content of soil particles in the pile.

is the official journal of the Italian Society of Agricultural Engineering and it is published online by PAGEPress®, Pavia, Italy. Registered in Pavia, n. 9/2012. All credits and honors to PKP for their OJS.